Bac Lieu is the birthplace of the most popular art performance in Mekong Delta: Cai Luong singing. Therefore, the death anniversary of the ancestor of Cai Luong Singing also takes place in Bac Lieu Province. 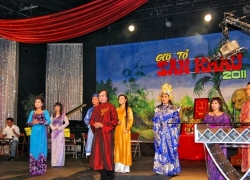 Every year, since the early of the 8th month in Lunar Calendar, Cai Luong singers and composers in Bac Lieu prepared for the anniversary. After many times of changing places, since 1982, the anniversary of Cai Luong Singing is annually held at Cao Van Lau Cai Luong Orchestra.

Nowadays, the ancestor of Cai Luong Singing death anniversary is simplified as compared to it in the middle of 20th century. In the afternoon of the 10th, Cai Luong singers and composers gather and discuss about the preparation for the death anniversary.  The aims of the meeting is to decide the celebrating program, songs used in the ceremony, food, drinks and offerings need buying, and assign the staff of receptionists, logistics, and sacrifice team. In the evening of the 11th, people start cooking and stay awake the whole night to prepare offerings, set up place for ceremony and welcome guests.

From the early morning on the 12th, receptionists prepare tea to serve guests and help them offer flowers, fruits and wine. On the altar, there is an ancestral tablet written in Chinese, a bowl of incense, a pairs of candlesticks on the two sides, five fruits tray, flowers and wine. Especially along two sides of the altar, people hang out musical instruments such as two-string lute, long zither, two-stringed vertical violin with coconut resonator, two-stringed vertical violin, many kinds of flutes and oboes.

At 10 a.m, people start worshipping ceremony. Most of participants are artisans, local artists and fans. In the rhythm of drum, the head of the ceremony and his assistants in festival costumes carry out rituals of offering incense, flowers, fruits, cakes and wines. Finally, the head of ceremony will read the oration to honor the contribution of ancestor of Cai Luong Singing. After the ceremony, participants start playing music and singing famous Cai Luong songs.

Overall, the ancestor of Cai Luong singing death anniversary is a small and local festival. However, it plays an important role in providing valuable documents about Cai Luong songs for researchers about music and culture. 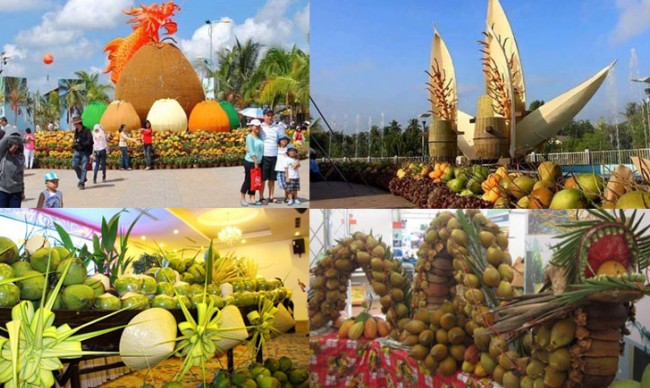